How lucky can you be, eh?  Is it serendipity or maybe another force at work here? … No worries, all I know is that today it came to me to log onto E-Bay and go on a search in “books, magazines” with a focus on South Australia… then up it popped.

“The Story of Bungaree Station by Rob Linn.

I simply clicked, clicked and clicked again and this book will soon be winging its way to me…  “quicker than you can say Jack Robinson”.

My Susan arrived from Ireland, aged 18, and was employed from the Clare Depot by a Mr Bryden at 5/- a week. Eight months later, on 15 Jan 1856,  Susan married Edward Nicholls and they had three daughters; Catherine Ann, Mary Anne and Margaret Nicholls.

Four years later, when Susan and Edward’s youngest babe Margaret was just 10 weeks old, her daddy died of pneumonia, at the age of 26, and was buried at his workplace… Bungaree Station. I’ve had trouble locating records of Edward’s burial place and especially an understanding of his working life. Hopefully this book will take me a step closer with the understanding. The blurb reads:

“Bungaree Station, 140 kilometres north of Adelaide, South Australia, is a unique cultural tourism destination. Within its buildings, site, artefacts, memorabilia and historic documents lies the story of rural Australia over the last 170 years. There are few other centres of Australia’s wool-growing history that have so meticulously retained the historic documentation behind the settlement, management and progress of operations.

The story of Bungaree Station is full of fascination. The story began on Christmas Day 1841, when the brothers George, Charles and James Hawker, Sons of an Admiral in the British Navy, came upon and settled at the place that became Bungaree Station. From that point on, the fortunes of the Hawker family mirrored the history of South Australia. The records they kept, in word and picture, reveal the story of pastoral occupation and the European settlement of the land. Bungaree was a rare gem at the height of the pastoral era and it is this fact that makes the buildings and their interpretation so significant for visitors, cultural tourists and the study of Australia’s history. 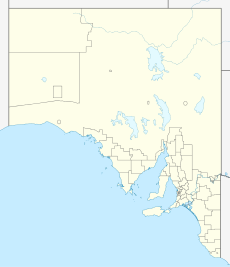 So, colour me happy and you can be sure that I’ll be sharing any info which may arise as a result of this exciting discovery    😯

It’s now 158 years since by Great Great Grandmother, Susan Kelleher, arrived in South Australia from Ireland, aboard the ill-fated Nashwauk and I was wondering what life was like for Susan, after her arrival? Did she often reflect back to the night of the wreck? Did she remember the Anniversary of that traumatic event as she made a life for herself in this foreign land?… Of course, we can never know the answers to these questions but I decided to use TROVE, and look through our digitised Australian newspapers, to get a sense of what was happening in the area where Susan made her home on the 15th Anniversary of the Wreck of the Nashwauk…  13 May 1870.

On her arrival in South Australia, Susan was initially housed in the German Hospital, Carrington Street, Adelaide and transported 4 months later to the newly established “Clare Servants Depot”, in the mid north of South Australia, from which she was employed by Mr Bryden, near Skillogalee Creek, at 5/- a week.

Four months later, on 17 Jan 1866, Susan married Edward Nicholls and they had three daughters, Catherine Ann, Mary Anne and Margaret Nicholls. On 20 Oct 1860, when Margaret was only 2 1/2 months old, Edward died of Bronchitis and was buried at his workplace, Bungaree Station. The following year Susan, who was working as a Dressmaker, purchased land at Armagh (just outside of the township of Clare) and settled in a home there with her 3 daughters. 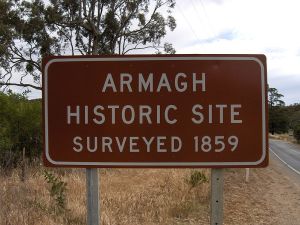 On 7 Feb 1864, after almost 3 1/2 years as a Widow, Susan married a near neighbour Timothy Rowen. By the time of the 15th Anniversary of her arrival, and the shipwreck, Susan had added to her family with 3 more children: Bridget, Eliza Jane (my great grandmother) and her only son Andrew Rowen.  She did go on to have another 2 children, Susan and Mary Ellen, but on 13 May 1870 Susan had been widowed, remarried, given birth to only 6 children of her 8 children and still lived at Armagh on the outskirts of the township of Clare with her husband and children. 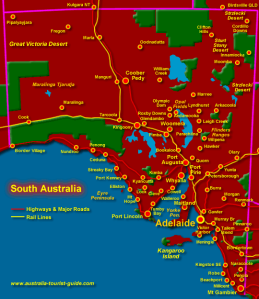 Their local paper was the Northern Argus and this is what I found on Pages 1 and 2 which I expect would have been of interest to Susan and her husband, Timothy Rowen, as they worked and provided for their 6 children. 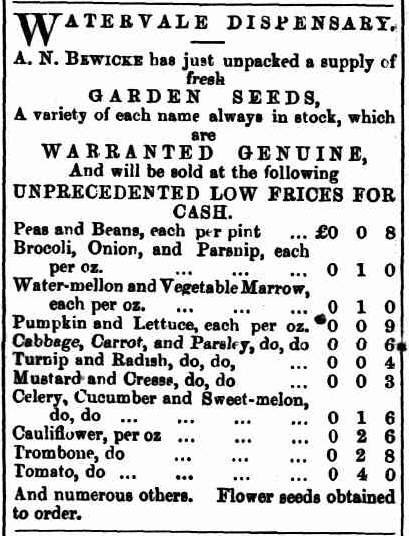 On page 3 I found this letter which shows that even 143 years ago the young were irritating their elders with “rowdy” behaviour.

So thanks to TROVE I have a snapshot of what daily life was like for Susan on the 15th Anniversary of her arrival and wonder if, in her busy life, she took a moment to reflect on her unusual landing in this new, and foreign, country.

Many thanks to Amy Houston, of Branches, Leaves & Pollen, for initiating the TROVE TUESDAY Theme.  Please click HERE to visit Amy’s Blog and HERE to read the contributions of others. 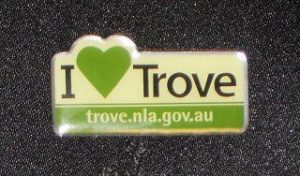 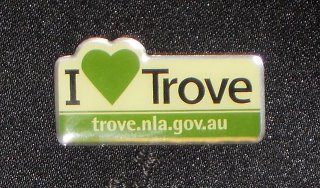