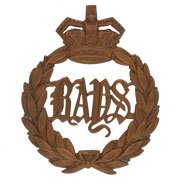 Henry (Harry) Eden Crout, my paternal grandfather, was a clarinet player in the 2nd Dragoon Guards (Queen’s Bays), served in the 2nd Boer War and remained posted to South Africa for a total of 7 years, as part of the “occupying army”.

Marie, and their baby daughter Annie Ruby Crout, did not join him and I imagine this is because he most likely did not get his Colonel’s permission to marry.  In such cases the Army refused to accept responsibility for the soldier’s family. It’s a long time for a family to be apart which may explain later events. 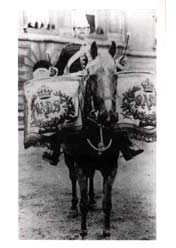 The regimental quick march of the Queen’s Bays (2nd Dragoon Guards). Published in 1952, it is a quickstep adaptation of the Regimental Slow March.
The regimental nickname-‘Rusty Buckles’- originated in the 18th century when at a parade shortly after the regiment returned to England from Ireland it had steel buckles on its saddlery and harness, whereas all other cavalry regiments had changed to brass. Steel buckles were liable to become rusty in wet or damp weather- hence the nickname.